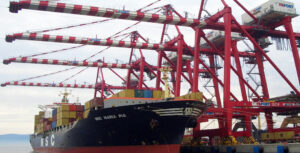 Gemport, holding the pride of being ‘Turkey’s first private port’, has been breaking grounds in its sector since it was founded. Its contribution to Bursa region and the national economy is increasing incrementally with the addition of İşbank’s support as of 2000.

Gemport is one of the most important ports of the Turkish maritime sector with its strategic location, vast hinterland, and its rational investments. The company servers as a major gateway for importation and exportation of many industrial areas, notably Bursa with its expert staff, and technological infrastructure for 365 days/ 24 hours.

As well as having the container services as its main business operation, Gemport is the crucial exportation port of the automotive sector’s giants in Marmara region. It operates as a trading base taking both exportation and importation’s pulse for many sectors like automotive supply industry, iron, steel, textile, food and mining 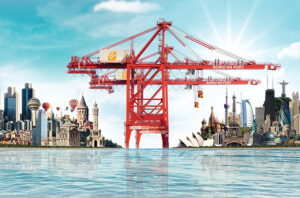 History
Port services have been an important component of Borusan Lojistik’s service portfolio since 1984. In 2007, the section was upgraded to join the three existing strategic fields of business of the company, and Borusan Port management was restructured as a separate business unit.Strategically located at the Gemlik Bay, Bursa, Borusan Port is a major import and export gate into the Turkish heartland as well as a key transit hub for international trade, offering world-class container, general cargo, project cargo, bulk cargo, vehicle (PCC), port and terminal services round-the-clock with an in-house professional staff

Roda Liman Depolama ve Lojistik İşletmeleri A.Ş. is established in Bursa in 2006. Operating license in the dry/bulk cargo and container sectors has been obtained in December 2007 and started its services in Gemlik.Its’ main fields of service are Stevedoring, Warehousing and Logistic Services. From the very first day of its operation, it adapted and implemented producing high quality service as its main goal thanks to the value assigned to human resources, substantial infrastructure and modern equipment.

Within a short while, it became able to offer high quality and competitive services to its local and global customers and consolidated its position in the region.

Rodaport is located in South Marmara at Gemlik Bay on 40° 26,7’N – 029°07,2’E coordinates. It is located on a strategical position addressing to a broad hinterland Çanakkale being at the west and Ankara at the east. Rodaport’s main hinterland consists of Gemlik, Bursa, Orhangazi, İnegöl, Bilecik, Kütahya and Eskişehir. Furthermore, its vicinity to main industrial areas as Çanakkale, Bandırma, Balıkesir, Gebze, Düzce, Ankara and Konya turns Rodaport into a logistic alternative for the companies in these regions.