A Gemlik olive,Tirilye olive is variety from the Gemlik, Zeytinbağı area of northern Turkey. Gemlik olives called the following names as Tirilye, Curly, wrapping paper and black. They are small to medium-sized blackolives with a high oil content. This type of olive is very common in Turkey and is sold as a breakfast olive in the cured formats of either Yagli Sele, Salamura or Duble; though there are other less common curings. The sign of a traditionally cured Gemlik olive is that the flesh comes away from the pip easily.

Production
There are many olive factories located in Gemlik that export to Western Europe; the largest and most popular one is Marmarabirlik.A true Gemlik olive should be grown and cured in the Gemlik area. The climate is ideal for olives, with high summer temperatures and cold winters. All Gemlik olives are hand picked between November and February, depending on the crop. A Gemlik olive tree can produce up to forty kilograms of olives in a good year.Small family growers in the area have been growing, picking and curing Gemlik olives for centuries. Particularly villages, namely Karacaali, Umurbey, Kumla etc. have a history of producing high quality traditionally cured Gemlik olives.

Curing Methods
With the olive being high in oil, it makes it very versatile in the ways it can be cured. The various curings are as follows
Yagli Sele — oil-cured (rotated in drums with a little salt, which agitates the olive and causes it to exude oil). These are then dry stored. Very hard to maintain as the containers need to be rotated on a regularly basis. This is a rich low salt tasting olive.

Duble — purely brine cured olive. The traditional method of curing is to put the olives into a two metre deep vats with weights on the top and brine circulating. The weights tenderize the olives. They are then stored in brine. The more commercial method is to use pressure vats, unfortunately this does not produce such a nice texture of olive. This is a firm salty olive.

Salamura — this is a partly oil cured olive and then stored in brine.

Kuru Sele — this is dried in a basket of rock salt, which draws all the water from the olive. The longer the olive is left in the salt the firmer the olive becomes. The olive can lose up to half its original weight during curing, giving a crinkly effect. This is a dry store olive and is the least salty tasting. A dry cured Gemlik olive is a premium olive that carries a high price tag. It is primarily ordered before picking and really is reserved for those high class establishments in Istanbul.

Cross Kuru Sele/Yagli Sele — this is partly dry cured, then put through the Yagli Sele process, which leaves a crinkly slightly bitter olive. This is also dry stored. These are only cured for personal use by the growers. 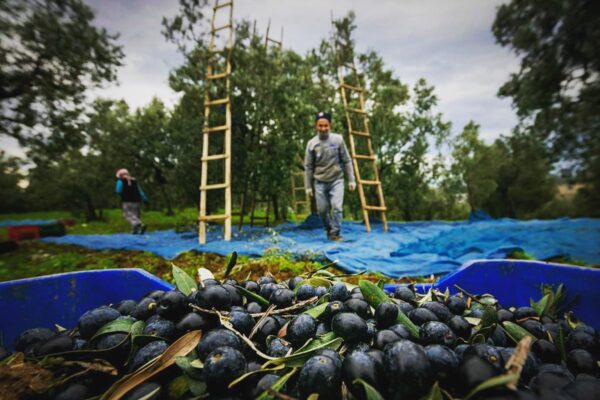 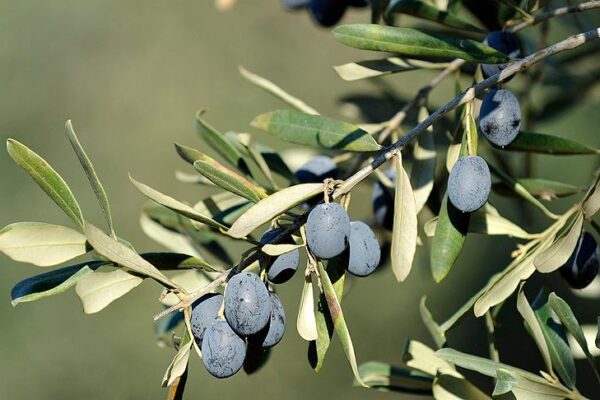